依然蓝白Se:<br>       不知道您是否满意？<br><br>四川-峨眉山英文导游词 <br><br>Mt.Emei is one of the &quot;four famous mountains” in China. It lies about 168km from Chengdu, the capital of Sichuan Province. Before the tour of the holy mountain, it is important to obtain some information about the spread of Buddhism in China, Buddhism in Mt. Emei and its hiking routes.   The Spread of the Buddhism was founded in India around the 16th century BC. It is said that the founder was Skamania. Skyua was the name of the clan to which his family belonged. Skamania was a prince and was brought up in luxury. In his 20s, he became discontented with the world. Every day he had to face with sights of sickness, death and old age since the body was inescapably involved with disease, decrepitude and death. Around the age of 30 he made his break from the material world and plunged off in search of enlightenment. Skamania began by studying Hindu philosophy and Yoga. Then he joined a band of ascetics and tried to break the power of his body by inflicting severe austerities on himself. However, no matter how he held his breath until his head burst and starved his body until his ribs jutted out, he failed to enlighten himself. Finally Skamania followed the principle of the middle way in which he would live between the extremities of asceticism on one hand and indulgence on the other. As the story goes, he devoted the final phase of his search for enlightenment to meditation and mystic concentration. One evening he sat beneath a fig tree, slipped into a deep meditation and achieved enlightenment from his mystic concentration.  Skamania founded an order of monks and for the next 45 years or so poached his ideas around 480 BC. Skamania teaches that all life is suffering. Everyone is subjected to the trauma of birth, to sickness, decrepitude and death. Real happiness can't be achieved until suffering is overcome. The cause of unhappiness is 'desires’, specifically the desire of the body and the desire personal fulfillment. In order to overcome the desires and achieve happiness, it requires the following eight-fold path.1.Right knowledge Buddhist followers should believe that all life is suffering. It is caused by the desire for personal gratification.2.Right Aspiration Buddhist followers should become passionately involved with the knowledge of what life's problems basically are.3.Right Speech Buddhist followers should avoid lies, idle talk, abuse, Lander and deceit.4.Right Behavior Buddhist followers should show kindness and avoid self-seeking and personal fulfillment in all actions.5.Right Livelihood Buddha considers spiritual progress impossible if one has occupied himself/herself with slave-dead-ling or prostitution.6.Right Effort The effort as the will to develop virtues and curb padding. 7. Right Mindfulness Buddhist followers should practice self-exam-nation and cultivate themselves to overcome the state of semi-alertness and become aware of what is happening to them. 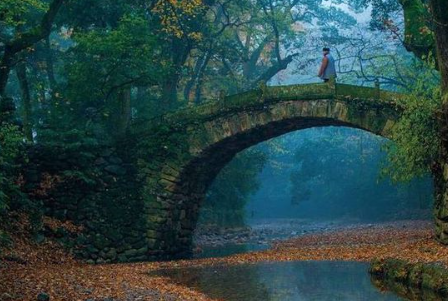